Two opposing faces of Godhra are now keepers of its peace

Two opposing faces of Godhra are now keepers of its peace 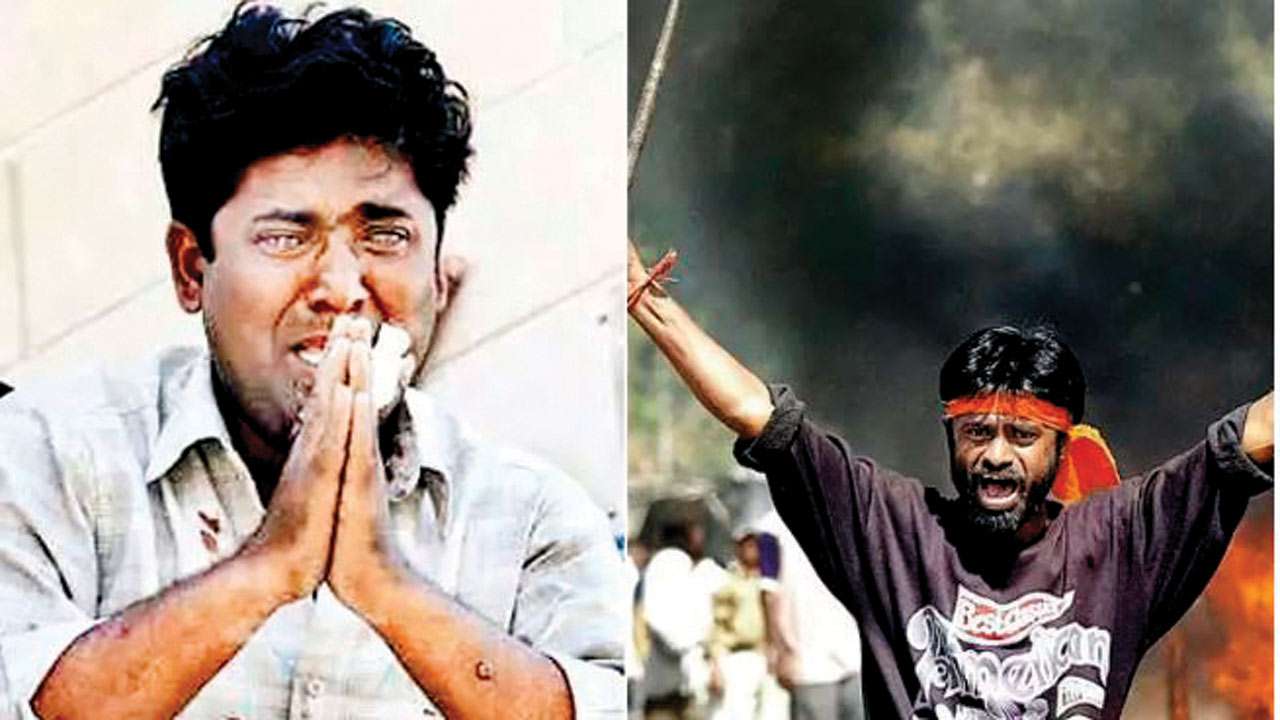 Ashok Parmar and Qutbuddin Ansari While Qutbuddin became the Muslim face of the riots, Parmar became the Hindu poster boy

The two iconic photographs from the 2002 Godhra riots, which are considered as depicting the communal divide between Hindus and Muslims, are still fresh in present-day India’s memory. While one shows a firebrand Hindu with bloodshot eyes, brandishing a sword, the other shows a distraught Muslim with his palms joined, begging for his life as tears rolled down his face.

The pictures of Ashok Parmar and Qutbuddin Ansari became the embodiment of the carnage of the riots. However, little did the two know, that the Hindu-Muslim tale had just begun then. In 2012, the two men’s paths crossed and they became friends. While Parmar was present during the launch of Ansari’s biography when it was translated into Malayalam, 17 years after the riots, Parmar on Saturday invited Ansari to inaugurate his new footwear store in Ahmedabad. In an ironic twist, the store is named ‘Ekta Chhappal Ghar’, as a tribute to the unity between the two communities.

Remembering his past, Parmar said that he came from a family of modest means. “I had to quit studies while I was in Class 10 to help my father — a cobbler — with his work,” said Parmar. Parmar later left his village and came to the city to work as a cobbler. 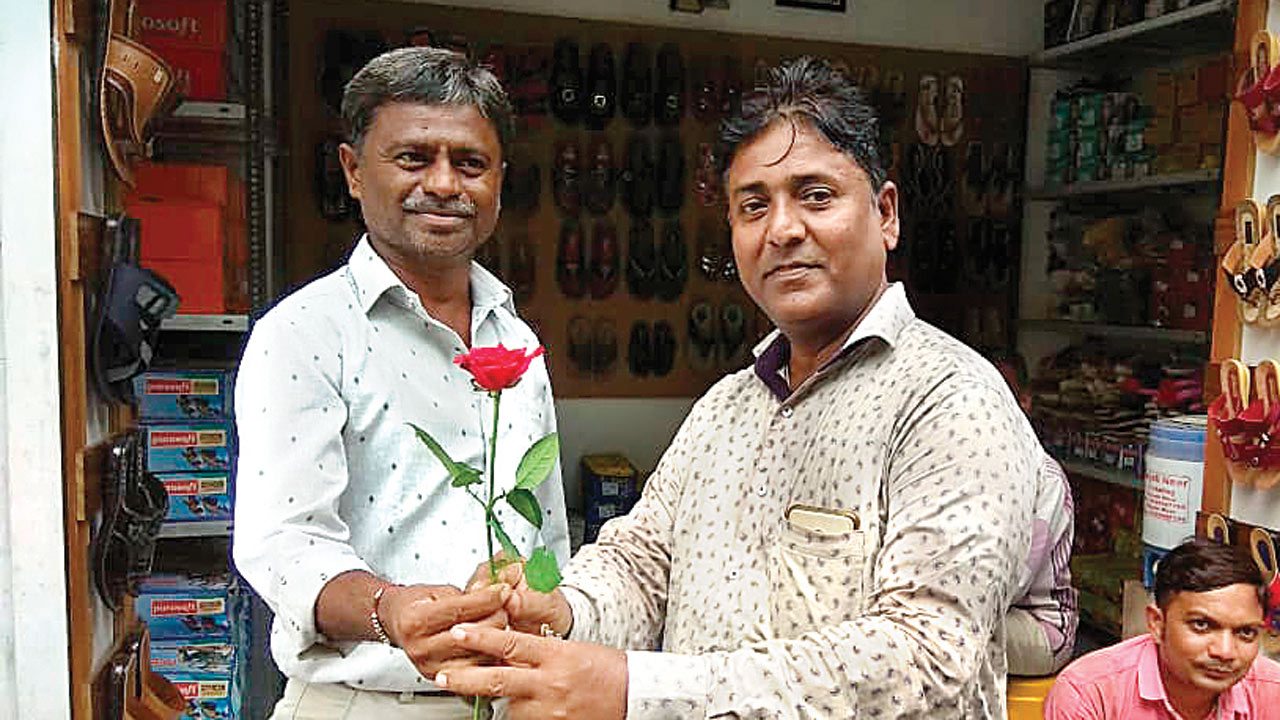 (Today, the two are the closest of friends with bonhomie)

“On February 28, 2002, a group of Hindu men came to attack me as they thought that I am a Muslim. I used to live on the streets back then. My companions on the street protected me back then,” added Parmar. It was then that he tied an orange bandana on his forehead. “A photographer took my picture and I became the manifestation of Hindus’ hatred towards the Muslim community,” said Parmar.

On the other hand, Ansari had become the personification of Muslims’ grief and pain. “We want all people in India to live in brotherhood. This will benefit everyone. This is the true identity of our country,” said Ansari.

Recalling the day when he was photographed, Ansari said, “The photograph is true and depicts the state of my life at that time. I still remember I was at home when some miscreants came and set a nearby showroom on fire. Shortly after, a team of Railway Protection Force (RPF) arrived on the spot. As soon as they came, I got out of my house and pleaded them to help us.”

Meanwhile, Parmar remarked that both their photographs are not what they seem and are used to mislead millions even today.