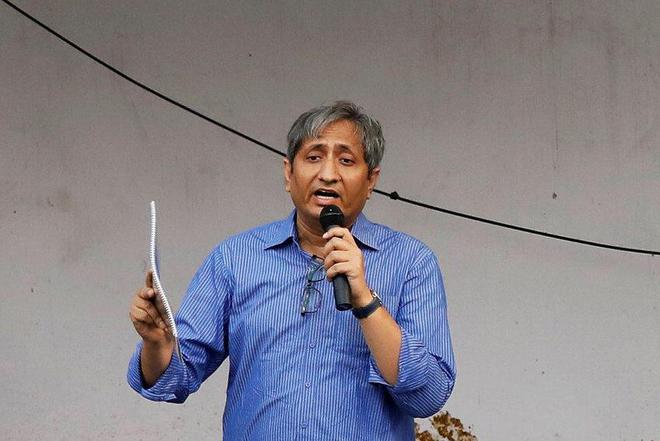 NDTV journalist Ravish Kumar alleged on Friday that the frequency of abusive calls and death threats that he has been receiving since 2015 have increased manifold in the last month.

The latest in the series is from an ex-CISF jawan who has sent him a video message threatening to shoot him in his office. Another person who claims to be from the Bajrang Dal in Jaunpur, Uttar Pradesh has been sending him exact details of his residence address, the route he takes from home to office, threatening to kill him and rape the women in his family.

“It is all well organised and has political sanction,” Mr. Kumar told The Hindu. His countless complaints to police in Ghaziabad and in Greater Kailash has led to no action.

Last year be wrote an open letter to Prime Minister Narendra Modi too detailing about these threats but drew no response from him. “I don’t think escalating the matter to Prime Minister will make any difference to him, in fact he will happily start following the very persons who are abusing and trolling me,” he added.

“We are highly concerned that the life of Rana Ayyub is at serious risk following these graphic and disturbing threats,” said the U.N. experts, recalling the murder of another Indian journalist, Gauri Lankesh, following death threats in September 2017.

While police began an investigation into the threats 10 days after Ms. Ayyub filed a complaint, she has reportedly not yet received any police protection.

“We call on India to urgently take steps to protect Rana Ayyub and to ensure the threats against her are promptly and thoroughly investigated. The Government has an obligation to provide effective protection to those who receive death threats and to protect individuals from foreseeable threats to life or bodily integrity,” the experts said.