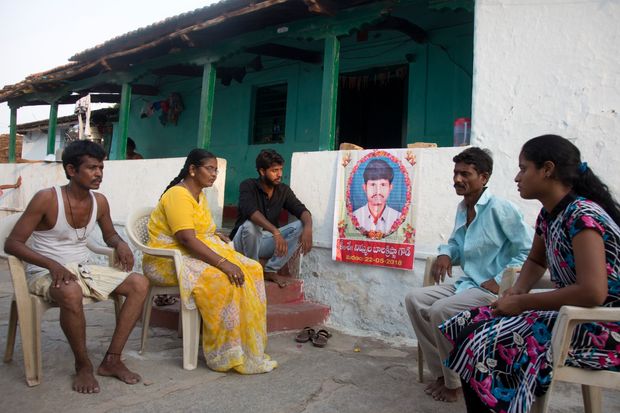 Family members in Korremula, India, grieved in May near the portrait of a rickshaw driver who was killed after a mob became inflamed by social-media posts. PHOTO: MAHESH KUMAR A./ASSOCIATED PRESS
BY: Krishna Pokharel and
Rajesh Roy

India’s Ministry of Electronics and Information Technology said in a written statement late Tuesday that it warned WhatsApp—based in Menlo Park, Calif.—about the rumors and false information on the messaging platform in India and has directed its senior management to take immediate action. The statement didn’t specify the type of action, but said the “spread of such messages should be immediately contained through the application of appropriate technology.”

As many as two dozen people have died since May in mob violence related to rumors or false messages circulated on WhatsApp, according to local media reports. “Instances of lynching of innocent people have been noticed recently because of large number of irresponsible and explosive messages filled with rumours and provocation being circulated on WhatsApp,” the ministry said in the statement. “Deep disapproval of such developments has been conveyed to the senior management of the WhatsApp.”

In a letter responding to the ministry,  WhatsApp said it was “horrified by these terrible acts of violence.” The letter was signed by a senior lawyer at the company.

Why Tech Titans Are Betting on India, in 14 Charts 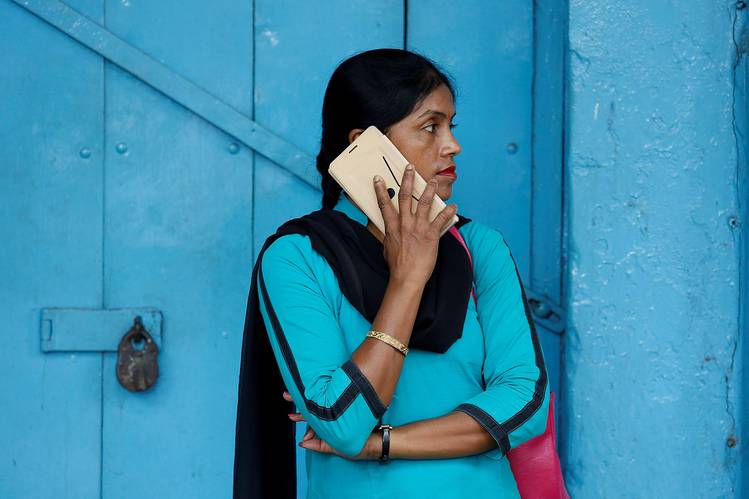 The world’s largest internet companies are betting big on the nation of 1.3 billion, where challenges are as big as the opportunities. RUPAK DE CHOWDHURI/REUTERS

WhatsApp owner Facebook and social-media companies broadly are grappling with a sea change in public perception about them. Though the platforms are still hugely popular, there is mounting concern about how they are being abused by bad actors and at times hurting public discourse, as well as how they treat users’ privacy.

The deaths in India are an extreme example of the fallout caused by the spread of misinformation on Facebook’s social-media apps. In the U.S., lawmakers are pressing Facebook to address the fake news on its platform ahead of the U.S. midterm elections in November. Facebook has said it is working with third-party fact checkers in all 50 U.S. states to find fake news and label it as false information.

WhatsApp told the Indian government that it has been using a twin strategy “to give people the controls and information they need to stay safe,” and “to work proactively to prevent misuse on WhatsApp.”

The letter outlines steps the company has taken to promote digital literacy for users new to social media and the importance of checking facts. It said WhatsApp would “work with leading academic experts in India to learn more about the spread of misinformation.”

The government admonishment of the popular messaging service followed the killings on Sunday of five men in Dhule district in the western Indian state of Maharashtra by villagers who, according to the local police, were acting on the messages they were receiving through WhatsApp on their smartphones.

“The people were getting messages on WhatsApp from the last two months warning them that there are strangers roaming around to kidnap children,” said Manoharan Ramkumar, superintendent of police for Dhule district. “When they saw these men, who were going from house to house seeking alms, villagers became suspicious and attacked them.”

With over 200 million monthly active users, India is one of WhatsApp’s biggest single markets, with millions of citizens getting online for the first time. The rapidly falling costs of smartphones and mobile data have contributed to the spread of the messaging service in the world’s second-most-populous nation. It has become an entry point to the internet and social media for many people in poor and remote areas who use it not only for communication but also as a source of news and information.

Most of the incidents of recent mob violence have occurred in rural areas, where users have received unverified messages warning about strangers suspected of being child kidnappers, thieves or killers of cows, which are considered holy in the Hindu religion.

Indian authorities say the encryption and user protection on WhatsApp leave them unable to respond proactively to such situations.

Pointing to the scale of the problem, the Indian government said in its statement Tuesday that “deeply painful and regrettable” mob killings instigated by WhatsApp messages were taking place in states such as West Bengal, Assam and Tripura in eastern and northeastern India, Maharashtra in the West and Karnataka in the South.