In Photos: How Good Samaritans Helped Those Travelling for NRC Re-Verification

New Delhi: Last week, hundreds of people from a set of lower Assam districts were sent notices by the National Register of Citizens (NRC) authorities to appear in its offices in upper Assam districts for the re-verification of their documents.

The final NRC is set for publication by August 31, as per a Supreme Court order.

With people, mostly belonging to poor Muslim families of East Bengali origin, given the notices just a day or two before they were to appear in districts located between 300 and 500 km from their homes, there was panic in the air. Many rushed to borrow money to hire buses, mini vans, taxis and private cars, to be able to appear before the NRC authorities at the designated time and place. Some of those vehicles had also met with accidents, leading to critical injuries and death.

However, what was heartening was the effort shown by a few good samaritans in the upper Assam districts of Golaghat, Sibsagar and Jorhat. They offered those in need ORS, food, water, minimum medical care, temporary toilets and, in some places, temporary accommodation too. Many in the state, including the NRC applicants who travelled from the lower Assam districts to upper Assam – considered the Assamese heartland – were quoted in the local media appreciating such citizen-led humanitarian initiatives to reach out to people in distress.

One such person who travelled from the Kamrup (rural) district, Jeherul Islam, told Pratidin Time, “This is the real Assam. The way the civil society of Jorhat, Sibsagar and Golaghat came forward to help these innocent poor people, who sold their belongings to go to verification centres, would never ever be forgotten. These people were not even organised, they spontaneously gave (us) help.”

Another applicant, Ashraful Hussain, said, “This is the Assam we know. This Assam wants every single Bangladeshi to be detected and deported but they know to stand by the humanity.”

Speaking to The Wire, Bondita Acharya, a Jorhat-based rights activist, said, “The people needed food, water and accommodation upon arrival. Most of them had no clue where to go and how to reach. Our volunteers did their best… A local club opened its door to provide people with temporary accommodation. Some of them were in need of medical assistance due to the sweltering heat. Priority was to provide them with minimum basic facilities.”

The volunteers also set up helplines in all districts with as many as 30 contact numbers for the applicants to reach out to for any local assistance. The numbers were published on social media and through local leaders in the lower Assam districts. Many of those travelling had reportedly never been to upper Assam before and were apprehensive.

Here are a few snapshots of the humanitarian initiative led by a number of volunteers, young and old, at a time when the NRC update process is being talked about in the media as communally divisive. 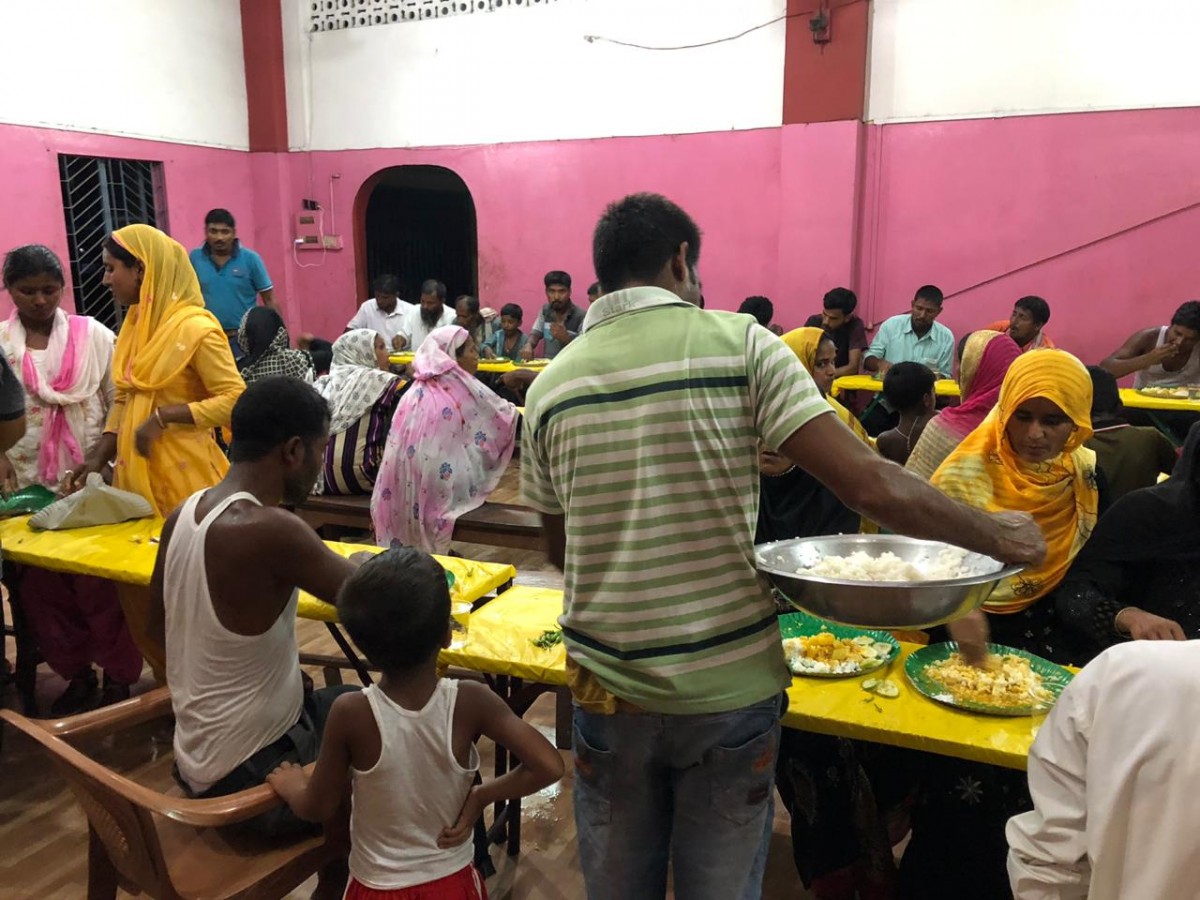 NRC applicants from lower Assam districts being servedlunch by volunteers in Jorhat district. All photos by special arrangement.